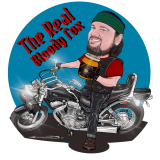 It is the 27th of August 2022. The third day of "The Real Bloody Fox Breakout Tour"  and I have, about fourty minutes earlier, just crossed into the United States via Antelope Wells, NM - the smallest border crossing between the US and Mexico. Even so small that I got stuck in mud with my motorbike as there is nothing but a dirt road on the Mexican side of the border! 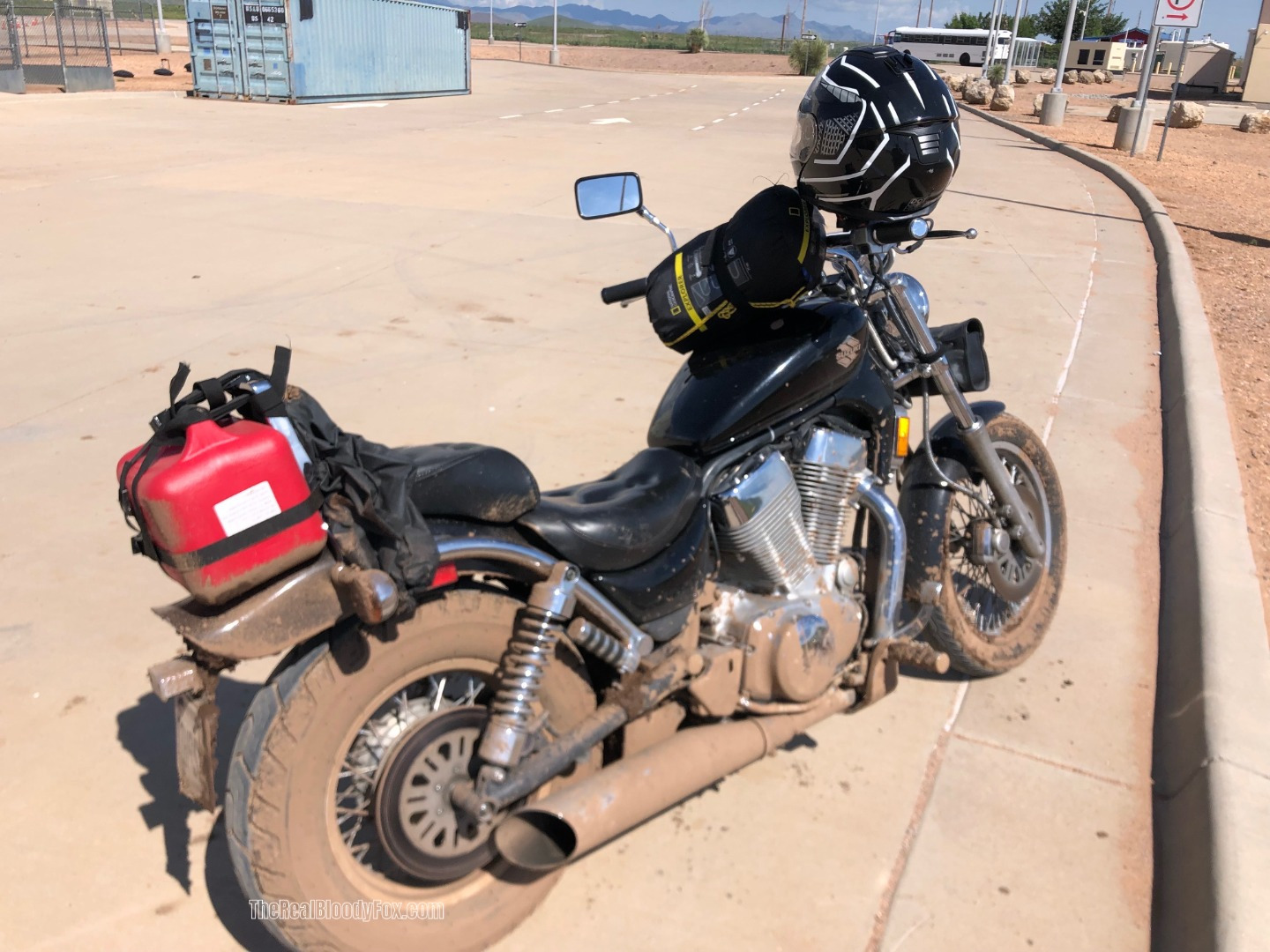 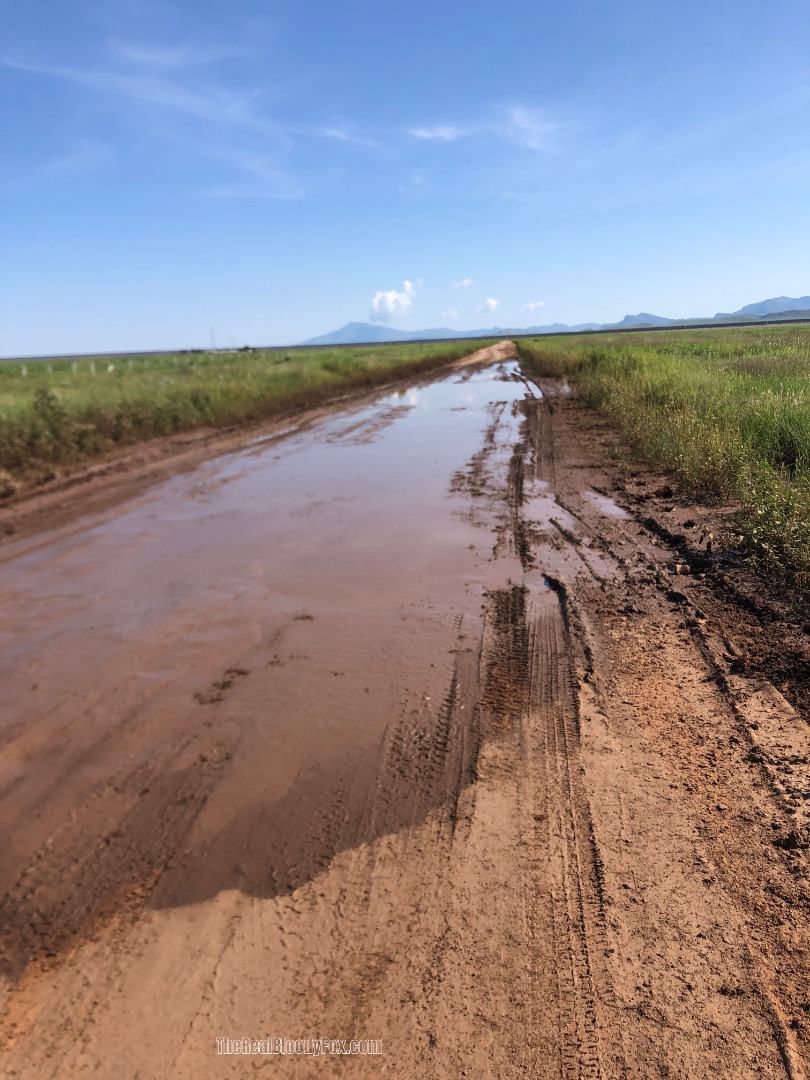 As I ride into Hachita, the first town in New Mexico after crossing the border, I am being greeted by a very stylish but abandoned looking church. Several Arizona plated cars are parked right in front of it. Seven or eight people, some speaking Spanish, some English, are checking out the place and one of the guys hands me a bottle of water, seeing that I am riding a motorbike in this desert heat. I thank him and ask him if the church is abandaned. "Yes" he replies and, immediately opening my belly bag reaching for my GoPro, I start feeling the excitement. 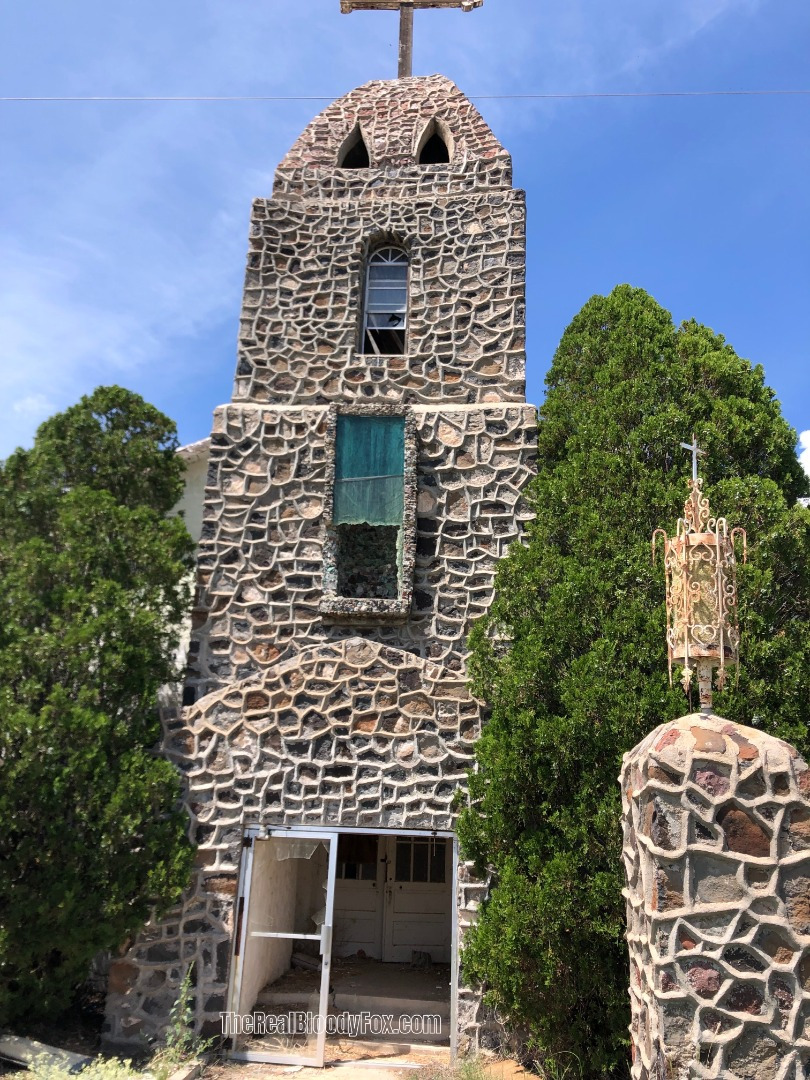 In the US for less than one hour and I already found my second abandoned building. Yes, that's right! On the way from the port of entry to Hachita I had already found an abandoned farm at the side of the road.

If I keep finding abandoned stuff at this rate, I'll need more batteries and SD cards for my camera, I thought.

Checking out the surroundings of the church, I quickly discover more and more abandoned stuff. Not only several cars that had seemingly been left to rot in the middle of this little desert town but a building adjacent to the church was also abandoned with its front door wide open, basically begging me to check it out! 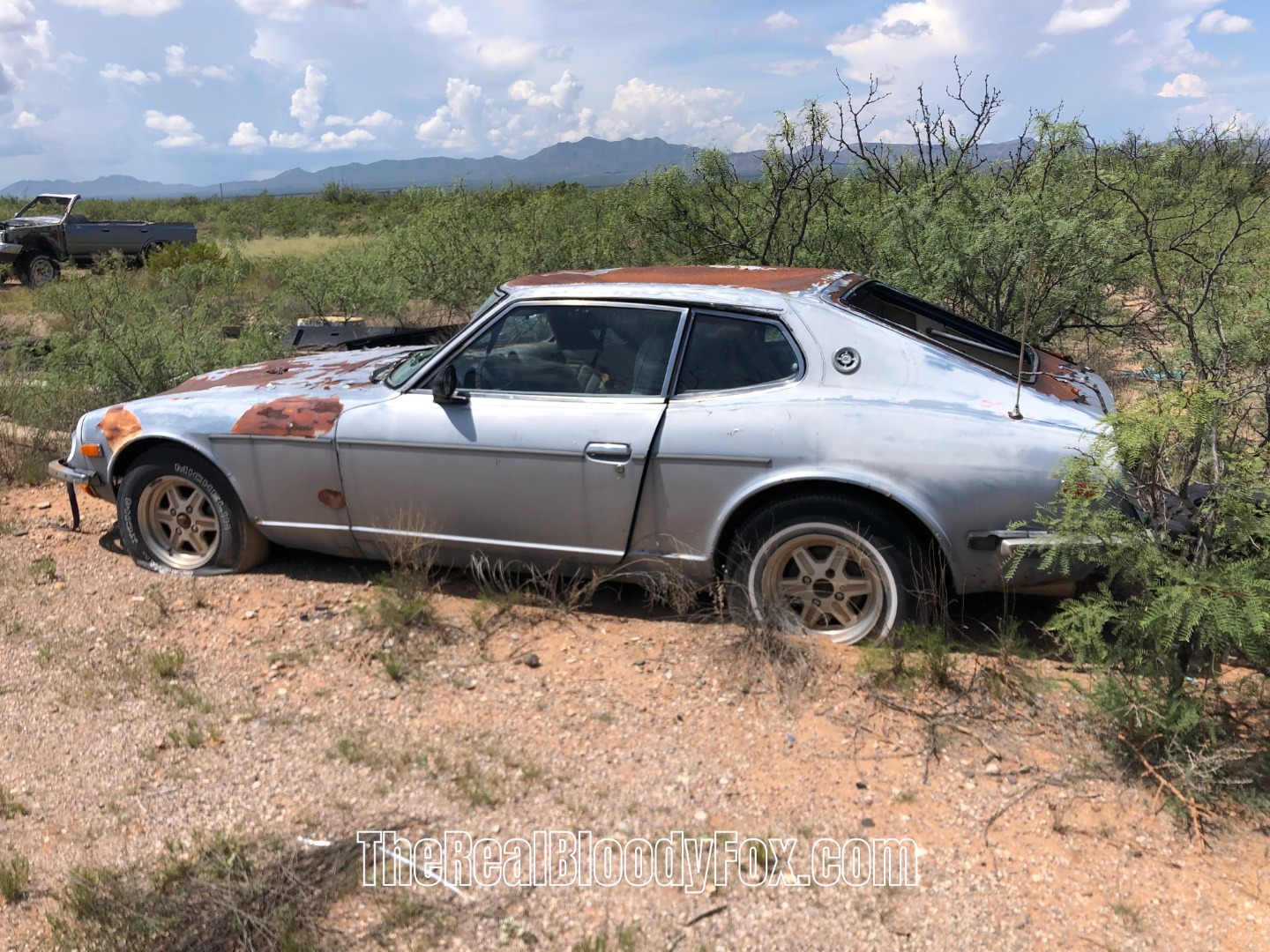 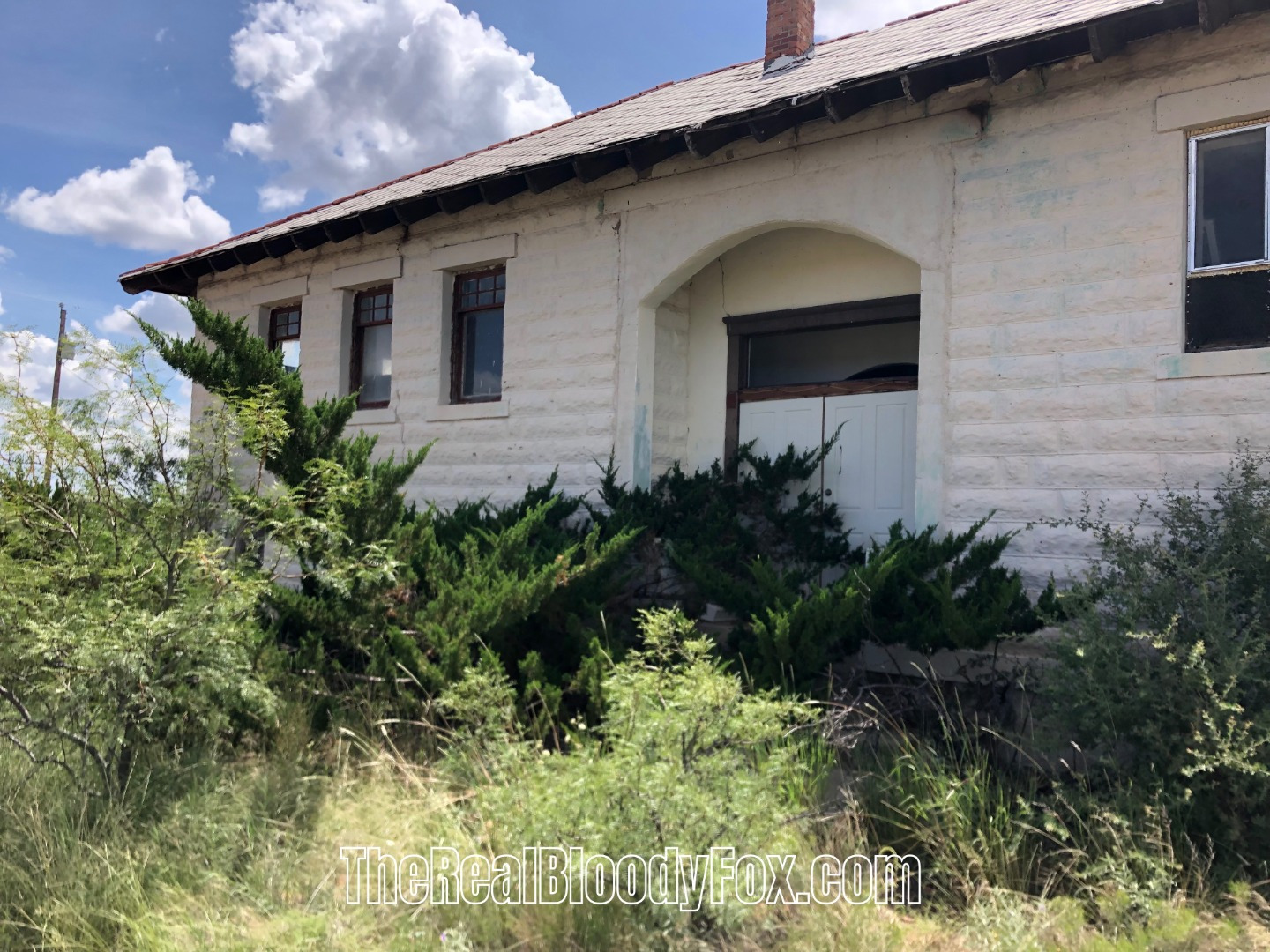 Upon entering the first building, it looks like squatters have been living in there for a long time. The place is an absolute mess but it is beautiful and I instantly start imagining how it must have looked like when it was first built.

An early 80's style fridge freezer, two nice rustically built chimneys going up from the fire places and a bird's nest in the chandelier hanging from the ceiling weren't the only things I encountered. The drawers in the kitchen were still packed with cutlery and other kitchen utensils.

Several windows are already missing and as I enter the next room I almost get hit by a bat flying very low. 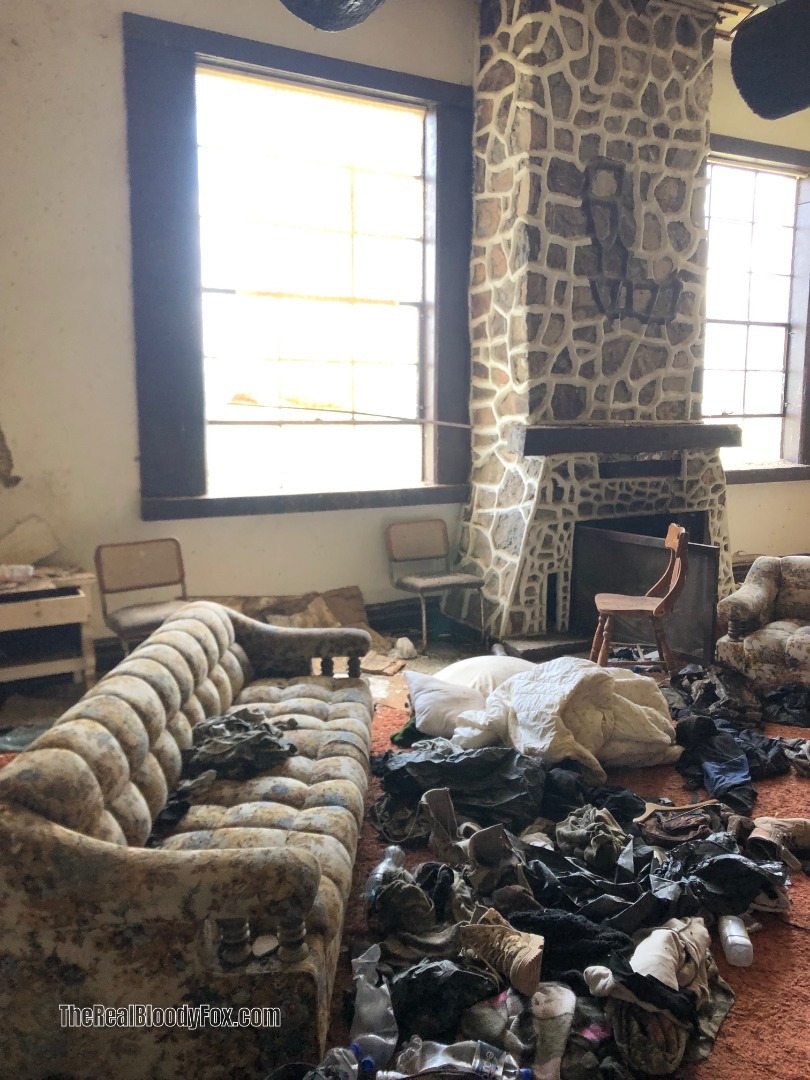 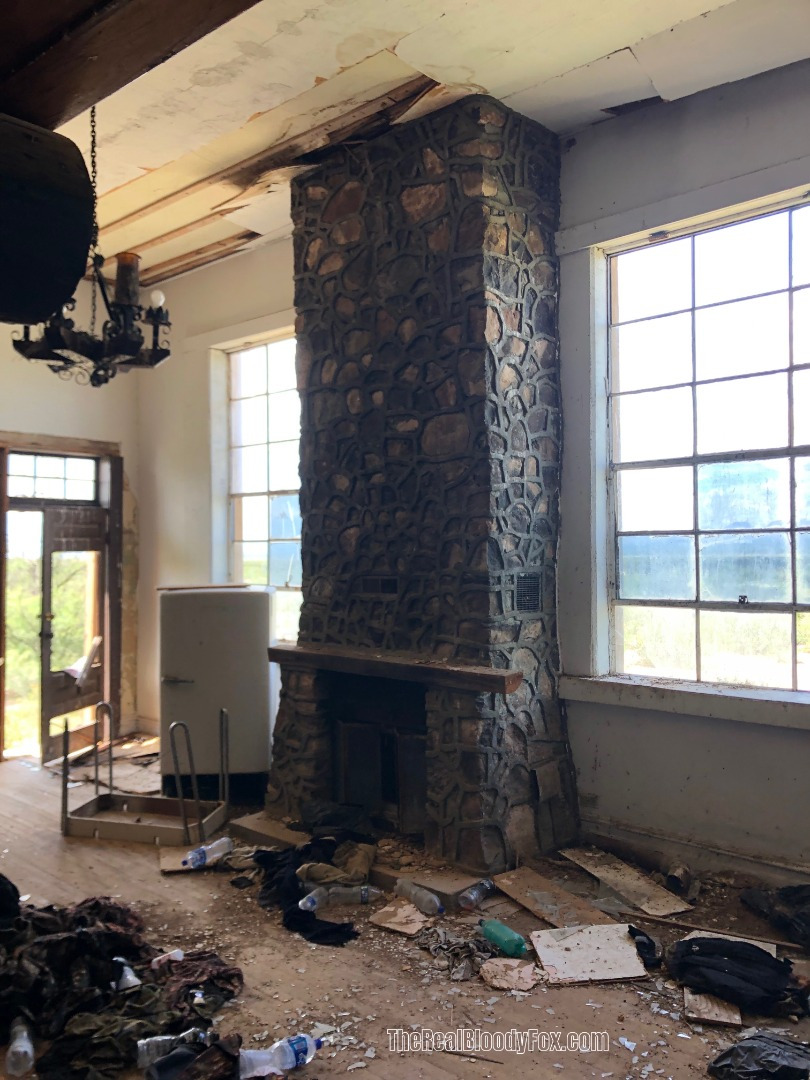 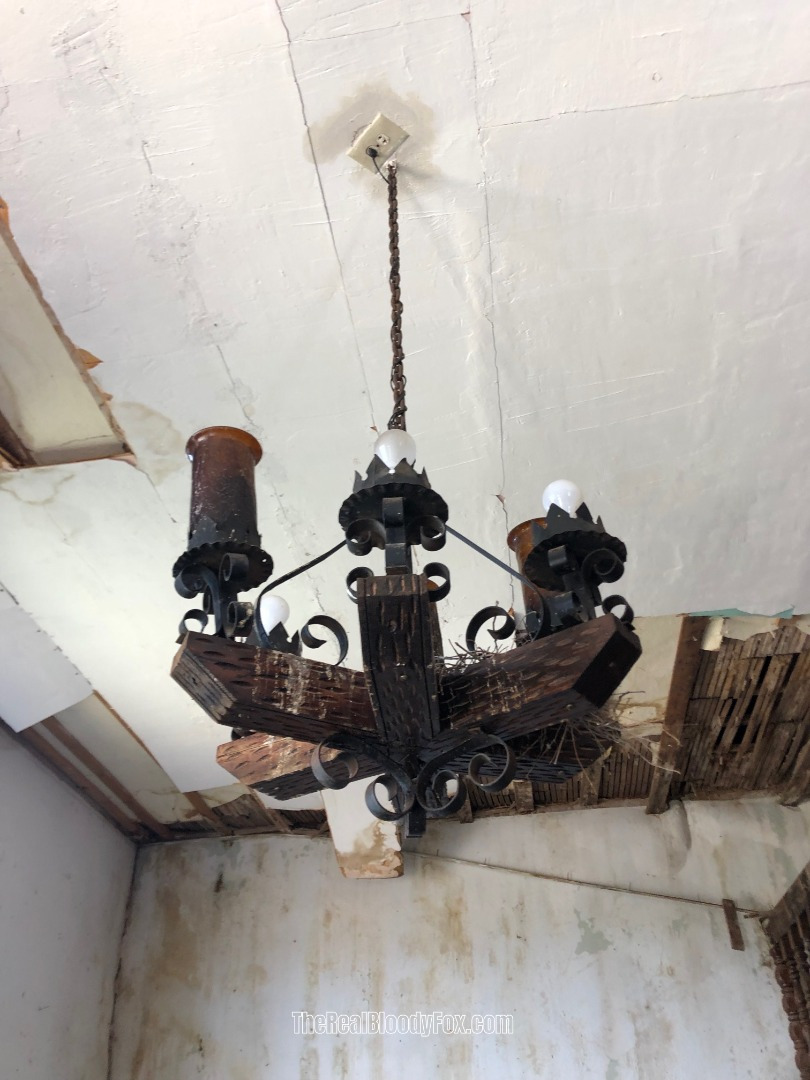 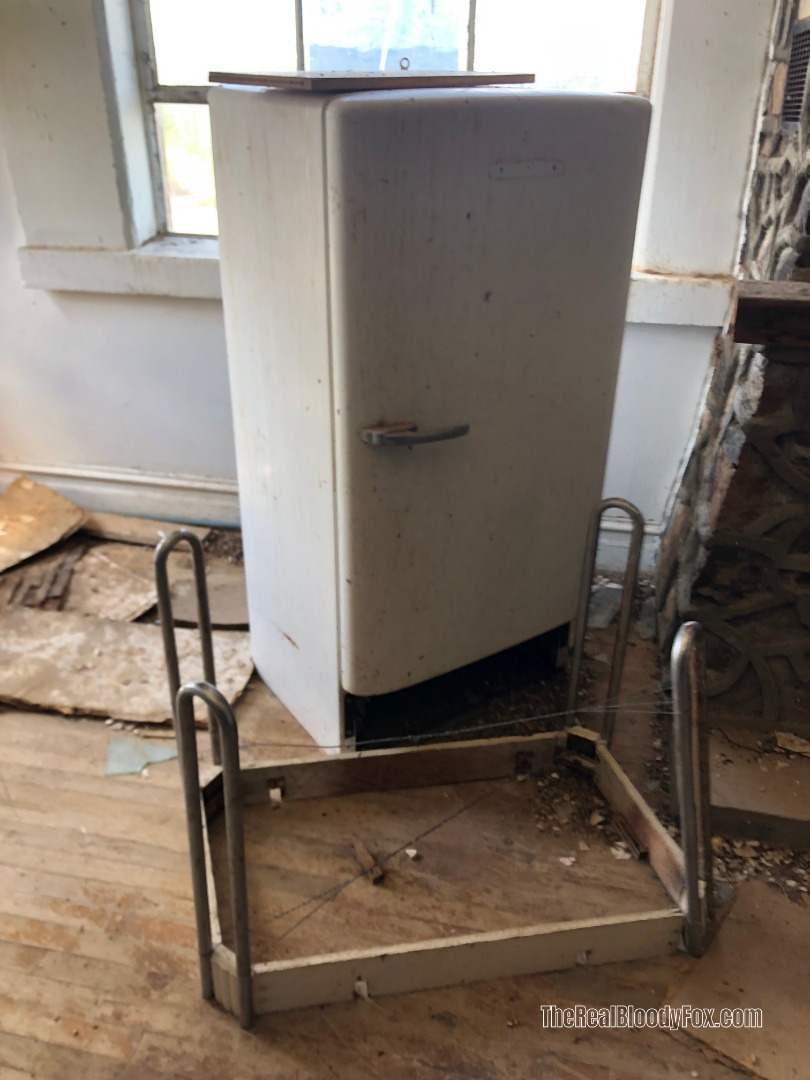 What I don't understand initially, thanks to all the excitement, are the sea of empty water bottles and the tons of shoes and backpacks spread all across the floor. I merely acknowledge and leave the building to make my way to the church.

In the churchyard I meet one of the guys who belongs to the group I had met in front earlier on. We get talking and he tells me that his granddad grew up in Hachita and actually went to school and church right here. He had died a year ago and they came to honour his last wish and spread his ashes around the church. Today is the first anniversary of his death and they returned in his honour.

Another one of his family members in front of the church tells me that he thinks this place is being used by so-called coyotes . A coyote is someone who smuggles people across the border illegally.

With that in the back of my head I make my way into the church. 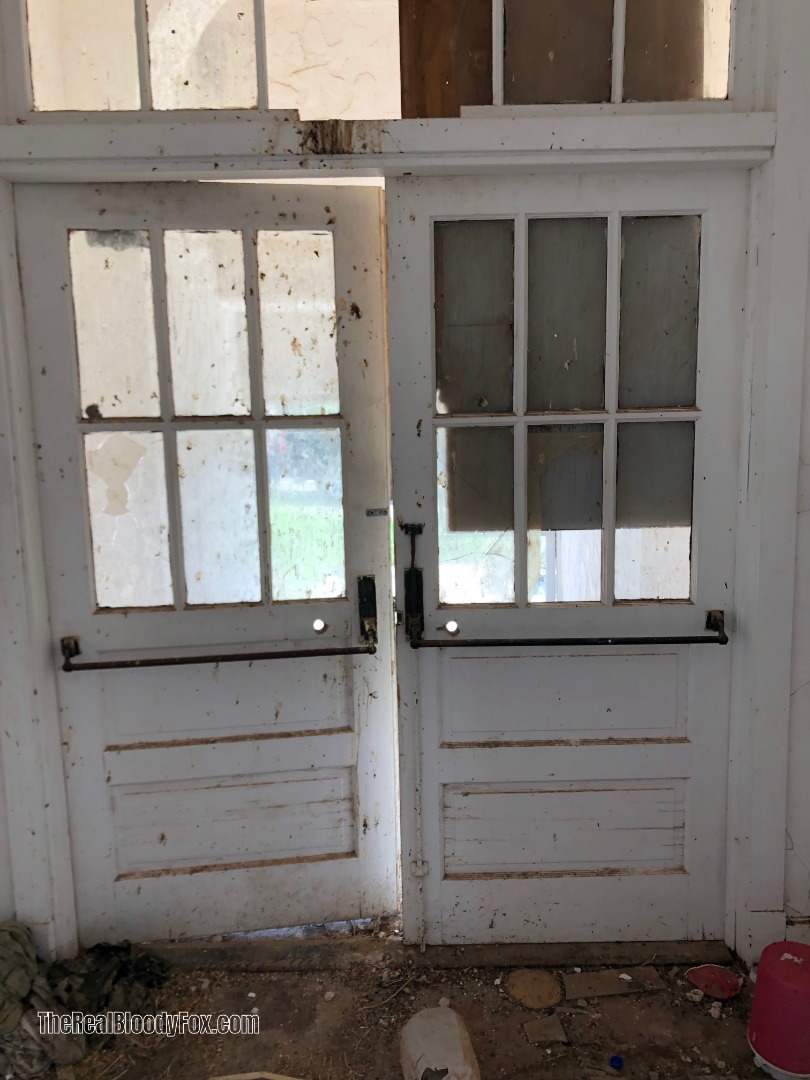 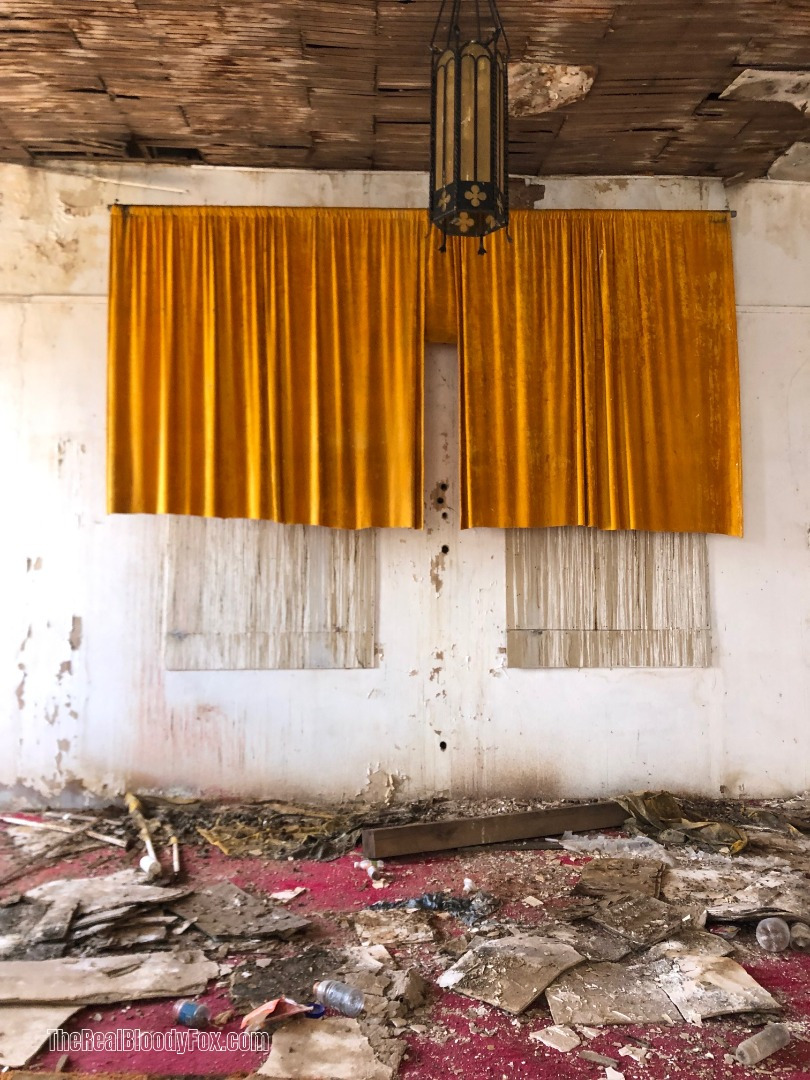 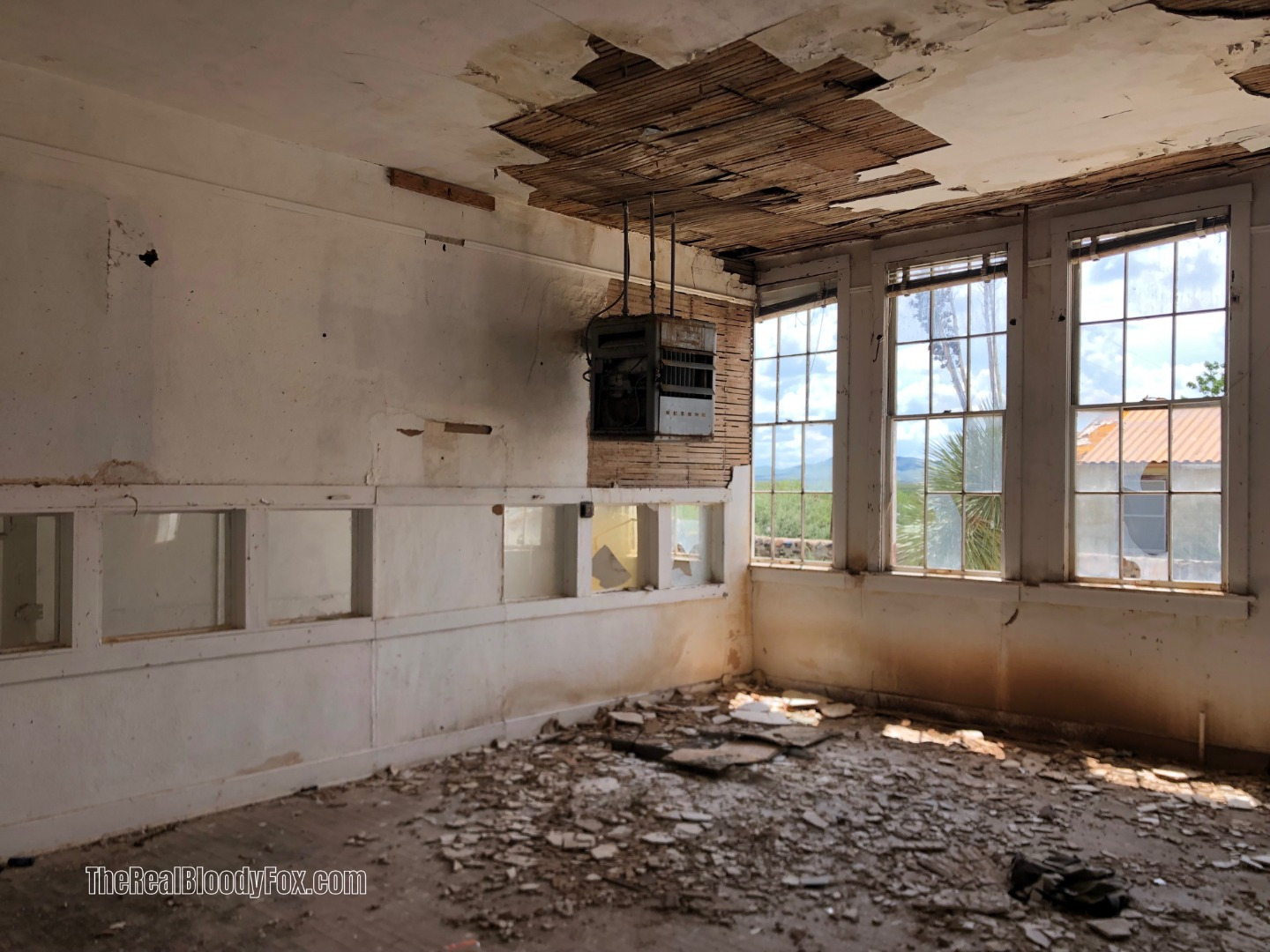 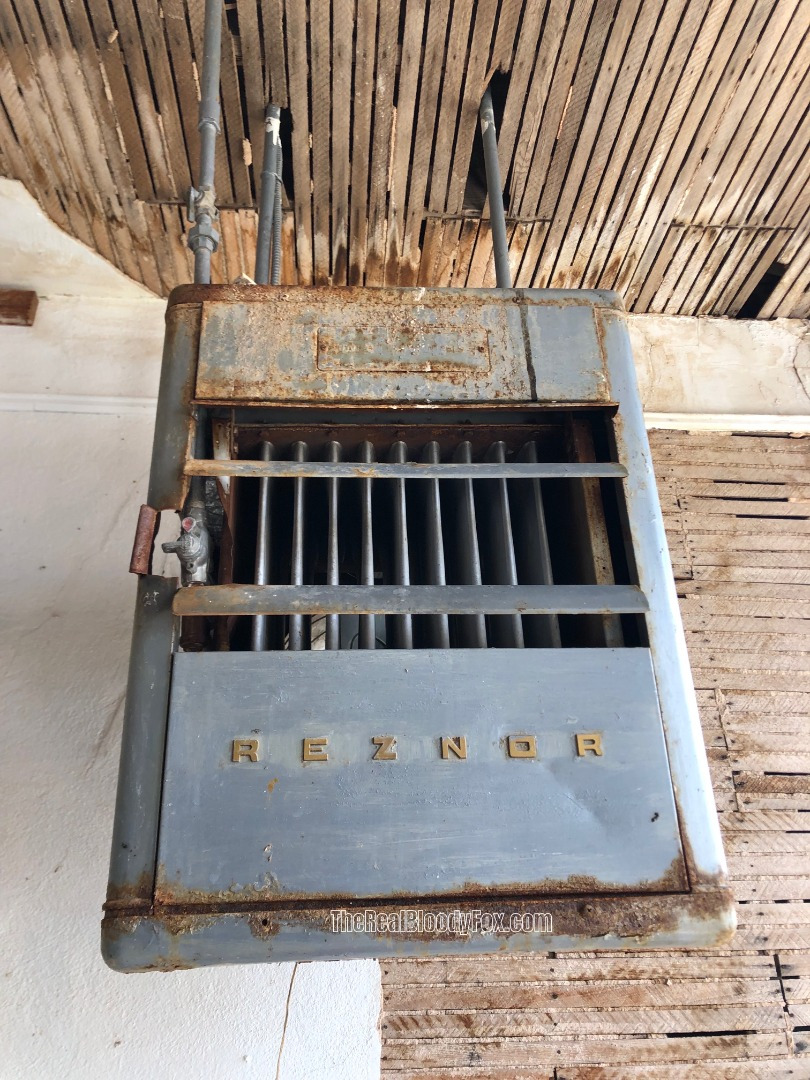 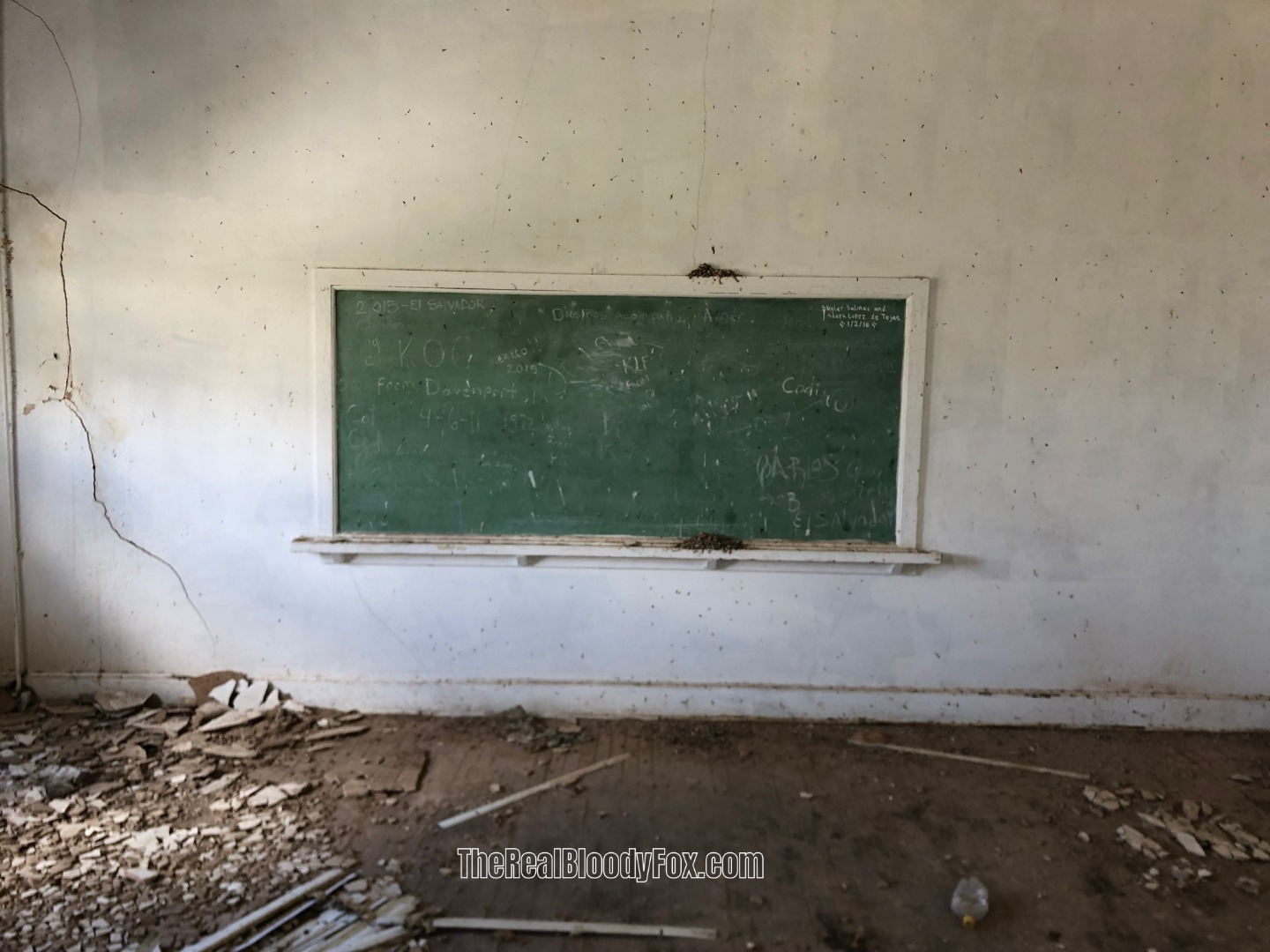 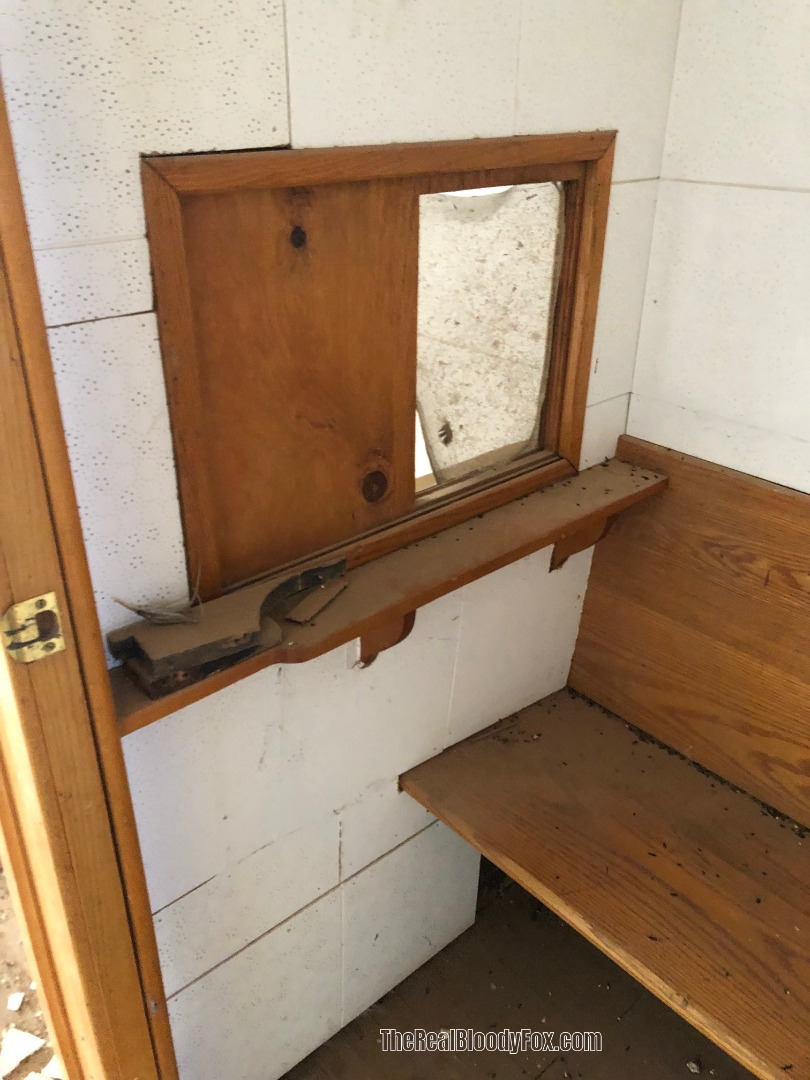 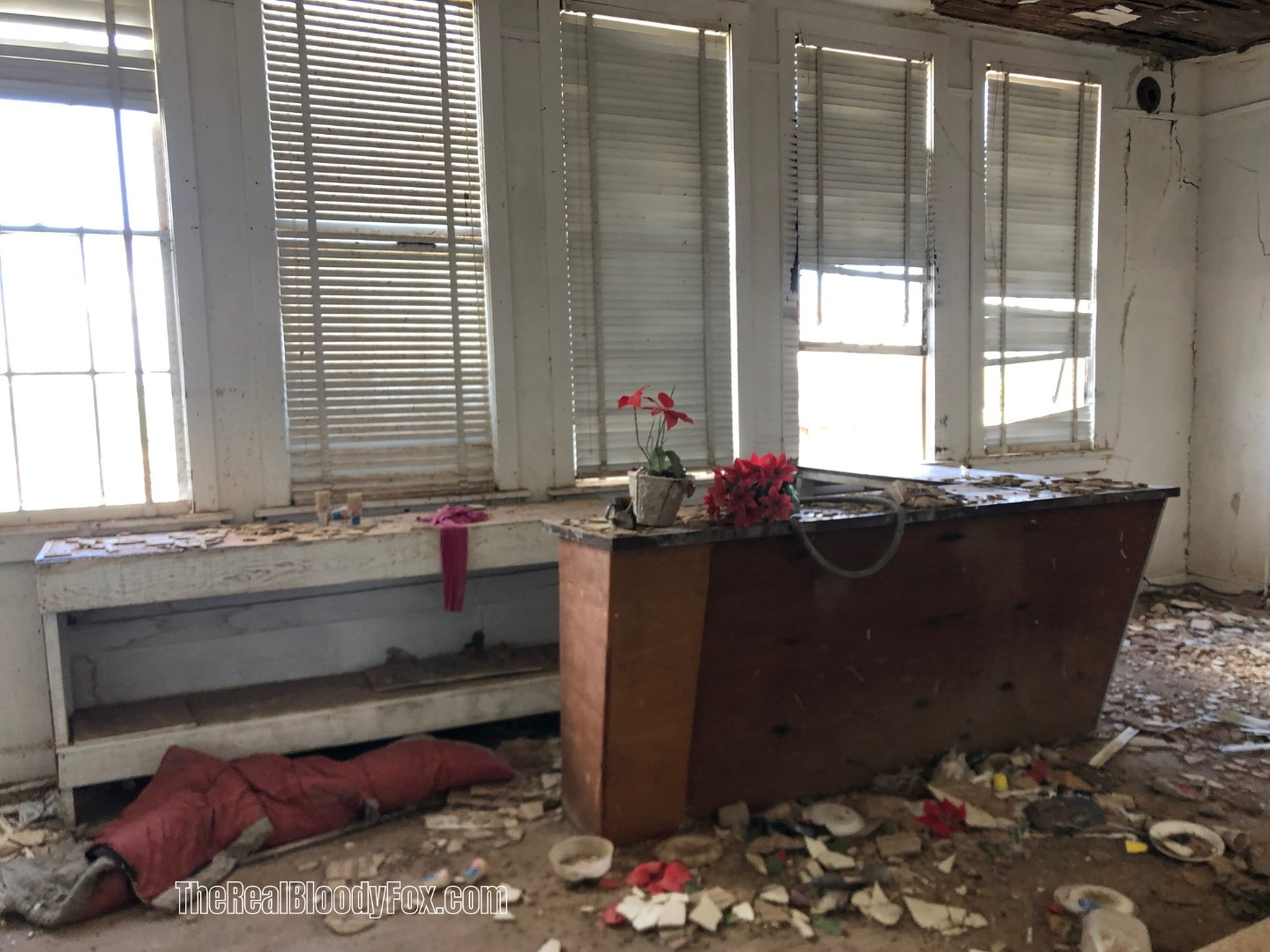 Once inside, I quickly notice that the church must have also been the local school at some point with a green board on one of the walls.

The trash spread all over the floor clearly shows that people must still frequently enter the place.

Back outside, I notice a grave next to church. The tombstone reads:

In loving memory of our father, patriarch, benefactor and a man of vision.

By 1965 the old Hachita High School had only one graduate and, with only about 30 to 40 residents left in town, the school was subsequently closed and the students were bussed to Lordsburg.

Daniel Suozzi was a native of Buffalo, NY. A business man who had owned a Ranch in Hachita for over two decades. The reason he is buried there right next to the church is because he helped to build it.

In fact, he had worked 10-12 hours per day over four years to convert the old Hachita High School into what became knows as St. Catherine of Sienna Catholic Church of Hachita.

Most parts of the church, by the way, came from Suozzi's native Buffalo area and were recycled from churches that got demolished there and Suozzi would haul them back to Hachita in his own private cattle trailer.

Only after watching my own footage from the explore several times over, I do realise that several things inside both buildings show clear signs of them actully being used by coyotes:

1. A pack of beans in the first building with the price tag still on it that says 11 - and unless someone is crazy enough to pay 11 US dollars for a pack of beans, this is something that has been brought over from Mexico. 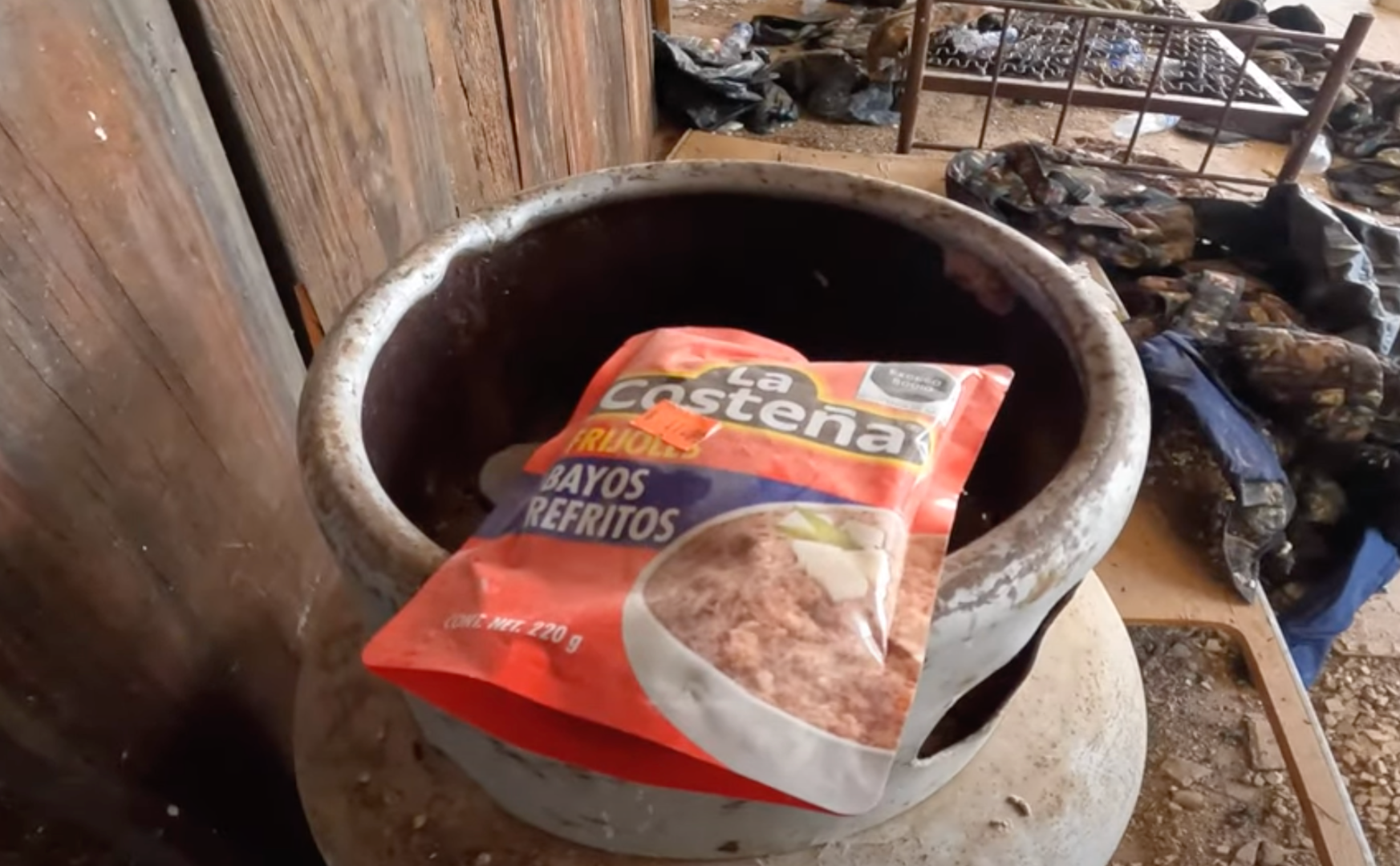 2. The Sleeping bags, backpacks in desert camouflage colour and a sea of empty water bottles (Mexican brands) everywhere. Exactly what one needs who will walk through the desert for several days.

3. The writings on the greenboard inside the school seem like several people have left their mark including their names, date of crossing into the US and where they originally came from. Mostly El Salvador. 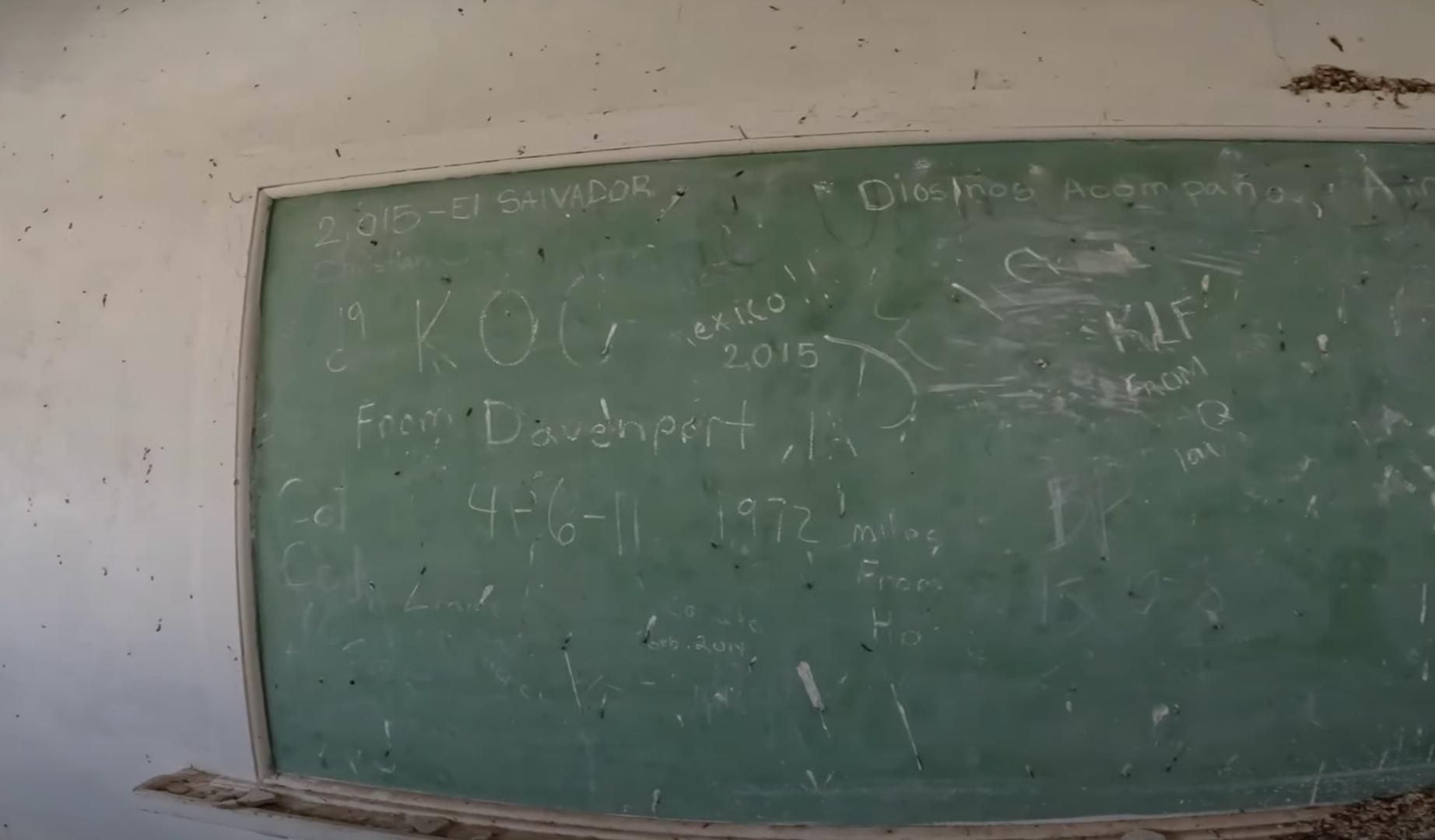 The video of this spontaneous exploration can be found here: Breakout Tour Episode 5 - Hachita, New Mexico - A People Smuggler's Paradise

Written from a camping trailer in a friend's backyard in which I've stayed for the last three weeks or so.